Myochikai is a Japanese Buddhist organization whose members are committed to building a more peaceful world, one heart at a time. It was founded in 1950 by Rev. Mitsu Miyamoto, with the assistance of her husband Rev. Kohei Miyamoto, when she proclaimed: “The mission of Myochikai is to become a ray of light that permeates the world with unconditional love and mercy for every person. I am only a human being, a woman—but I resolve to become the base and backbone of the whole world. May the light that we shine make a contribution to world peace!” Ever since, Myochikai members have been praying and taking action to transform themselves, their families, their nation and the world with their founder’s vision of peace.

After Rev. Mitsu Miyamoto passed away in 1984, Rev. Takeyasu Miyamoto became Leader of Myochikai, after 39 years of training in the Buddhist way of life under Rev. Mitsu Miyamoto and 1,000 days of ascetic disciplines. He worked with great passion and resolve to accomplish the goals she set out when founding Myochikai, until his passing in March 26, 2015 at the age of 97. Over these years of service, he carefully trained a successor, Rev. Keishi Miyamoto, who now serves as Spiritual Director of Myochikai, following faithfully in the footsteps of his predecessors.

In pursuit of enlightenment and peace, Myochikai members follow four primary teachings—which involve both prayer and action. These are: prayer for ancestors, perseverance for the sake of good, confession and repentance, and gratitude for all things—or in Japanese, Senzo Kuyo, Ninzen, Sange, and Kansha.

Through these spiritual practices, Myochikai seeks to help people to develop their hearts and thus become able to contribute to the happiness of others. In so doing, Myochikai aims to build a world of true abundance, based on the well being and dignity of each and every person, and ultimately, to realize lasting world peace.

For Myochikai, initiatives for peace are the natural fruit of sincere spiritual practice. In 1963, Myochikai sent Rev. Takeyasu Miyamoto to Europe and the United States as a delegate of the Religious People’s Peace Mission for the Total Abolition of Nuclear Weapons. Later, in the early 1980s, Myochikai members helped to collect 37 million signatures on a petition for peace, which was presented by Rev. Takeyasu Miyamoto to the United Nations Second Special Session on Disarmament.

Benevolent activities also grow naturally from the lifestyle of “prayer and action” advocated by Myochikai. After four decades of assisting people in need in various ways, in 1990 Rev. Takeyasu Miyamoto established the Arigatou Foundation (now “Arigatou International”) as a faith-based NGO dedicated to creating a better environment for children around the world. The activities of Arigatou International are “All for Children,” rooted in Myochikai’s recognition that children are the treasure of humanity, the inheritors of the Earth, and the bearers of future peace. Since 1990, many of Myochikai’s efforts to build world peace have focused on children. All of Arigatou’s efforts are supported by the contributions of Myochikai members, who donate to the work of Arigatou as part of their Buddhist spiritual practice of gratitude.

Myochikai is also active in the area of interreligious cooperation. In the year 2000—the 50th anniversary of Myochikai’s founding—Rev. Takeyasu Miyamoto inaugurated the Global Network of Religions for Children. The GNRC now has members around the world and, with the support of Myochikai and Arigatou International, is touching the lives of countless children.

With the support of Myochikai members, Rev. Miyamoto and Arigatou also launched the Interfaith Council on Ethics Education for Children, which, together with UNICEF and UNESCO, produced a seminal curriculum called Learning to Live Together: An Intercultural and Interfaith Program for Ethics Education. It has been translated into many languages and is being used in diverse educational settings around the world.

Myochikai’s basic spirit of prayer and action is also being expressed around the world through a global initiative called Prayer and Action for Children, which was launched in 2008 and is supported by UNICEF, Religions for Peace and many others. Today it focuses on stopping violence against children, seeking to extend the impact of Universal Children’s Day, November 20, all year round.

In 2012, Myochikai’s heart for the most vulnerable contributed to the launch of the End Child Poverty initiative, which seeks to bring together people of all walks of life in grassroots projects and global advocacy to eliminate the scourge which is child poverty.

Myochikai reached its 65th anniversary in 2015. Over the first 65 years of its journey, Myochikai has witnessed significant growth and brought many initiatives to successful fruition. It has forged effective partnerships for peace with many other organizations—religious, international, governmental, and non-governmental. Now, bringing this rich history into the present, and dedicated as always to the spirit of its founder, Myochikai is more prepared than ever to realize the mission proclaimed by Rev. Mitsu Miyamoto on a global scale. 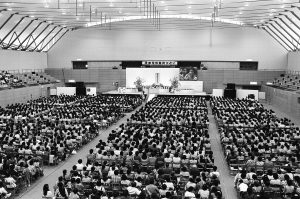 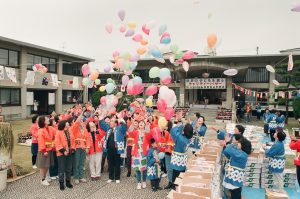 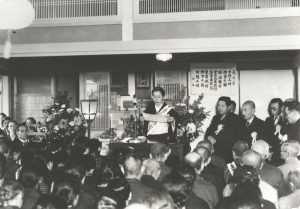